Great course in Preston taught by Ken Button (7th dan). Well done to everybody who attended, the effort put in and atmosphere throughout the day was fantastic! Congratulations to Anthony Bigley who achieved his 1st dan and to Kizito birabwa Lule who achieved his 2nd dan. Also congratulations to Sensei Andy McDonald who was awarded his 7th dan and Sensei Alan Hughes who was awarded his 6th dan, both for years of dedication and commitment to karate and to Hara Shotokan Academy. All gradings were thoroughly deserved, well done to all! 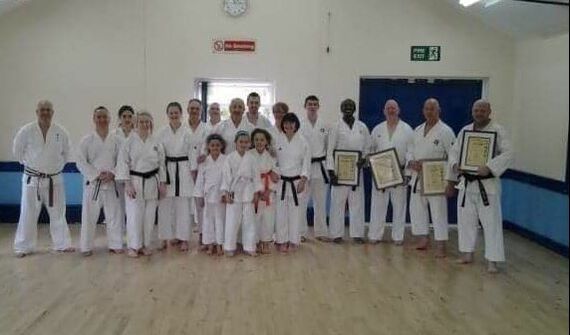 Well done to everybody who attended the first training session of the year at Scotter! 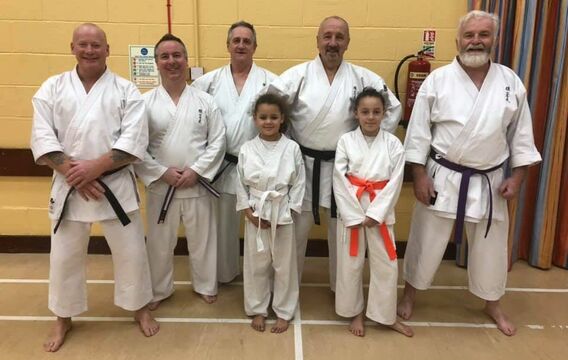 A massive congratulations to Gillian Smith who was awarded the Andrew Statham memorial cup and to Heather Daubney who was awarded student of the year. You have both trained very hard this year and both awards were thoroughly deserved! 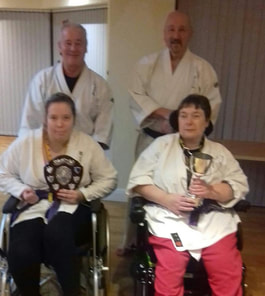 A great last training session of the year at our Inclusive Karate Club! A fun night to celebrate all of our students hard work throughout 2018. We look forward to training in 2019, especially for the I-Karate World Cup in Dublin in April which some of our students will be competing in! Here's to a fantastic year!

As we come to the end of 2018, we want to thank everybody who has been a part of or supported our Academy in 2018. It's been a year of great training, brilliant courses and a lot of fun. We hope that 2019 will be even better. We'll see you all next year!

A fantastic weekend away for our 2 senior instructors (Ken Button and Dave Todd) and 2 of our students. A 2 day course instructed by Pascal Lecourt was a weekend of excellent teaching, challenging training and also a lot of fun. 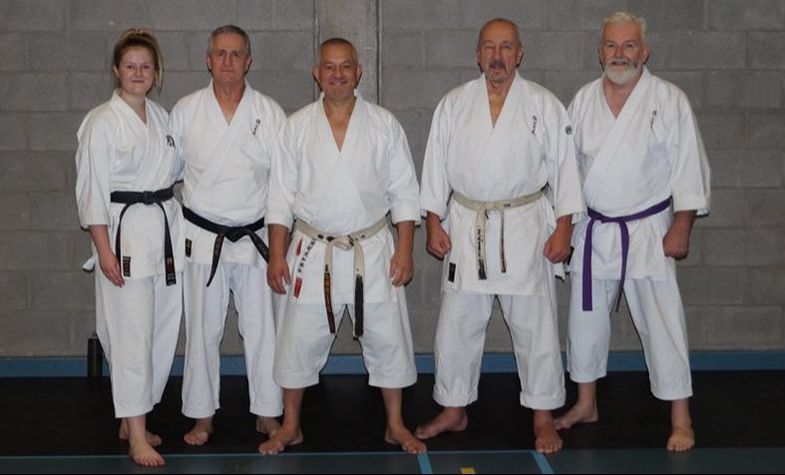 A great course today in Southport with instruction from Ken Button (7th Dan). Thank you and well done to everyone who came to the course today, everyone trained brilliantly and as always the atmosphere was fun, focused and reminded us all of the community that we are a part of. Well done everyone and a big thanks to Ken Button for great teaching as always. 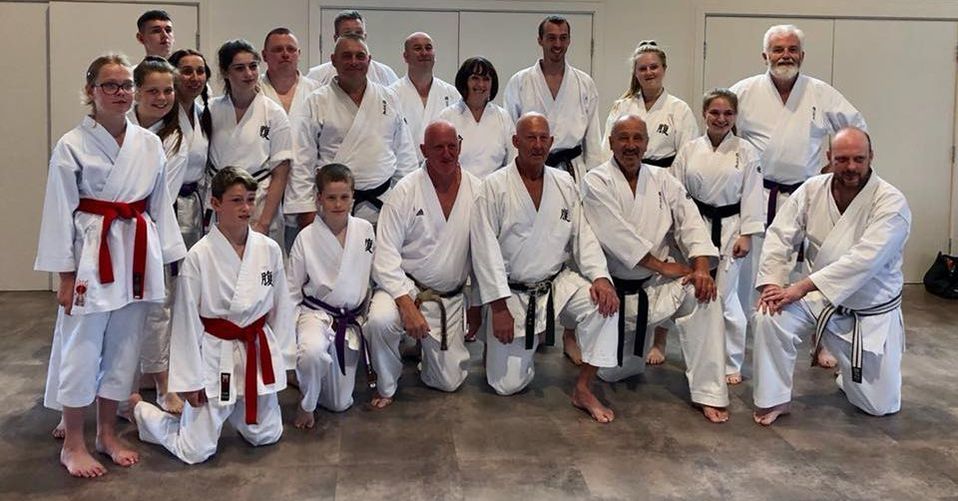 A fantastic grading from our students at our inclusive karate club at Lincolnshire House. A brilliant job from everyone with excellent training and even better attitudes. Congratulations everybody. 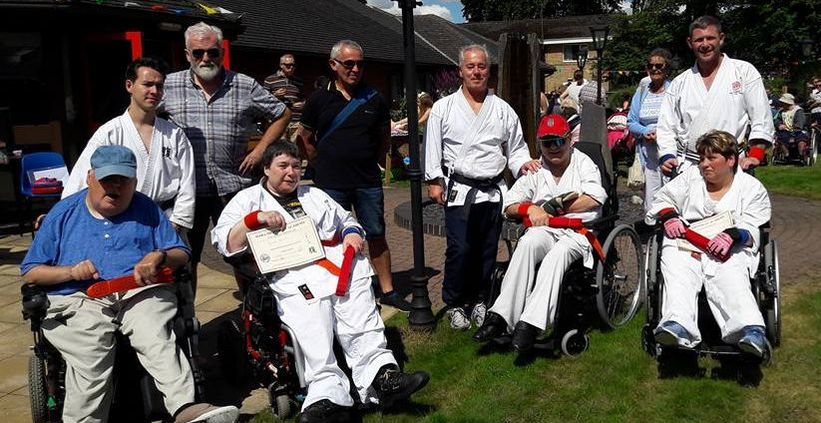 Saturday 10th October saw the annual black and brown belt course at ‘The Pods ‘ in Scunthorpe. The day began with two groups of Shodan candidates being put through their paces and performing the syllabus and kumite for the grading panel. At the end of the Shodan grading, the majority of the group headed off to begin the day’s training while Kev Fewtrill and Danny Hughes remained in the grading hall to undergo second and third dan gradings respectively.
The first session was taken by Sensei Janet McDonald 4th Dan and consisted of a well thought out kihon exercise worked around parts of the Heian katas and Tekki Shodan. The exercise was split, initially, into two parts. The first half made up of kata parts put together as a continuous kihon and the second as a combination of moves which would eventually become the attacks for the first kihon. The class was split into two groups and while half the group practised part one the other half practised part two with the help of Joanne Alker. Once both groups had started to grasp the exercise it was to time to put the whole thing together as the two groups partnered up and the performed the two kihon together as pairs. The end result being a continuous movement of attacks and defences all derived from kata’s we should all know so well. A physically and mentally challenging session for us all.
After a short break came session two, this one led by Sensei Todd 4th Dan. The topic of session two was ’ Chinte’, a kata we don’t see all that often. Rather than covering  the kata itself in great detail the focus was on bunkai. We practised the kata in small sections and were led through Sensei Todd’s own version of bunkai with the emphasis being firmly on fluidity of movement and change of direction. The kata built up a section at a time with each part being practised in small groups individually being assisted wherever it was needed. As the session progressed the small sections became a continuous, flowing exercise covering the whole kata. A thought provoking  session with the freedom to take it away and change it to suit our own individual preferances.
All too soon the day had come to an end. All the Dan grade applicants had passed their relevant grading and were awarded their certificates.
Thankyou to all who attended and especially Sensei Janet McDonald and Sensei Sam Todd who provided us with several hours of interesting and enjoyable training. 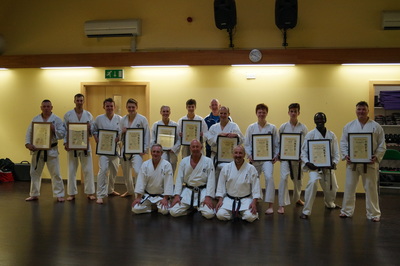 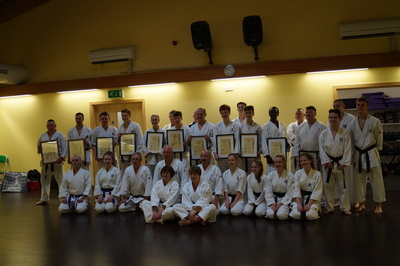 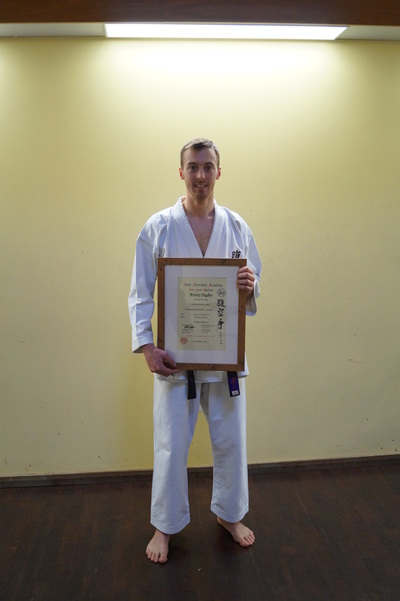 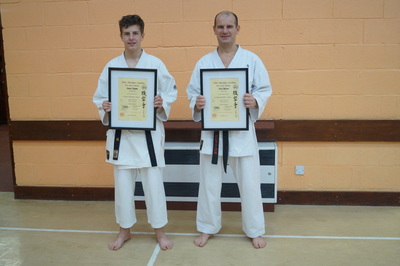 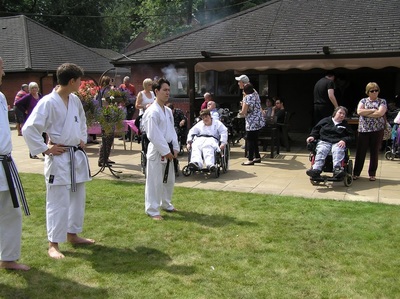 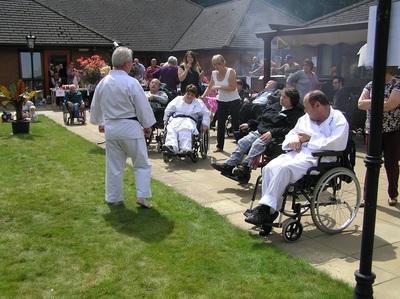 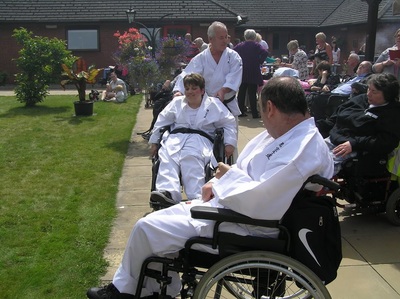 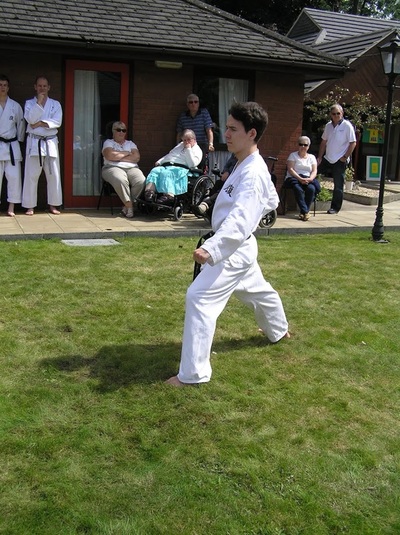 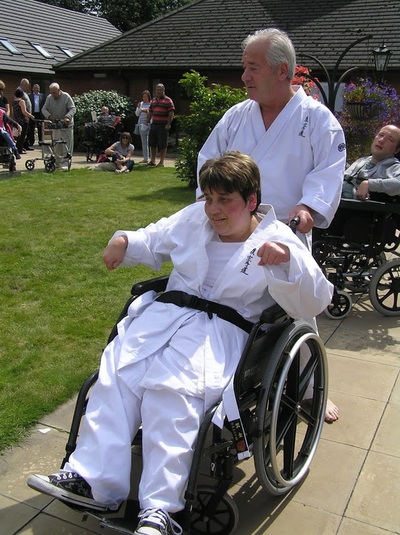 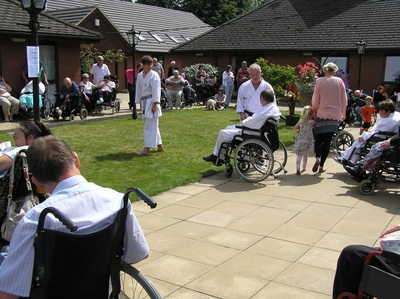 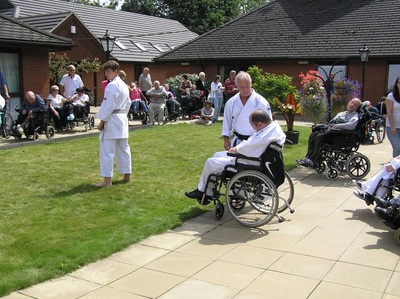 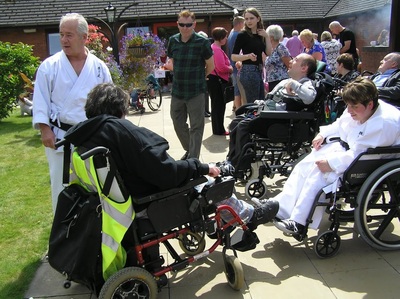 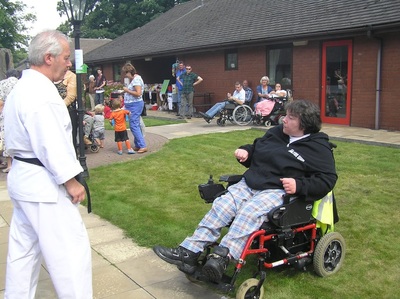 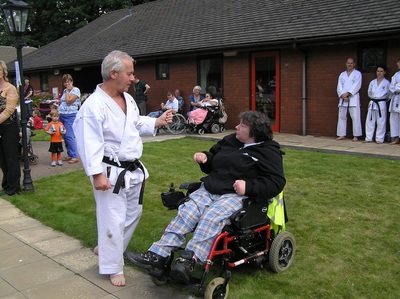 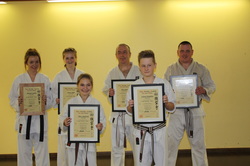 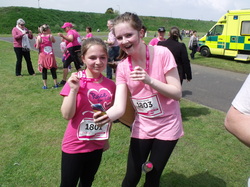 Congratulations Alice and Jess for completing Race for Life on Sunday. 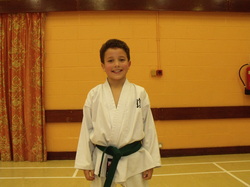 Well done to Andrew Button who has now won the competition for a third time. 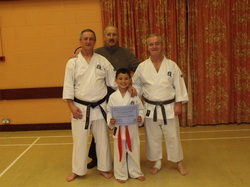 Congratulations to Alex Button for winning the Pee Wee Kumite at Scotter for the first time.

Well done again to Andrew Button who won the monthly pee wee kumite for the second time in a row. 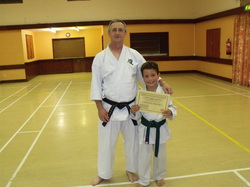 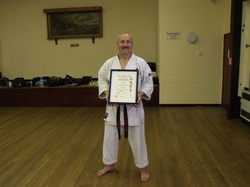 Congratulations to Chief Instructor Sensei Ken Button who was awarded his 7th Dan at the Hara Shotokan course in Freckleton, Preston on 16th June 2012.